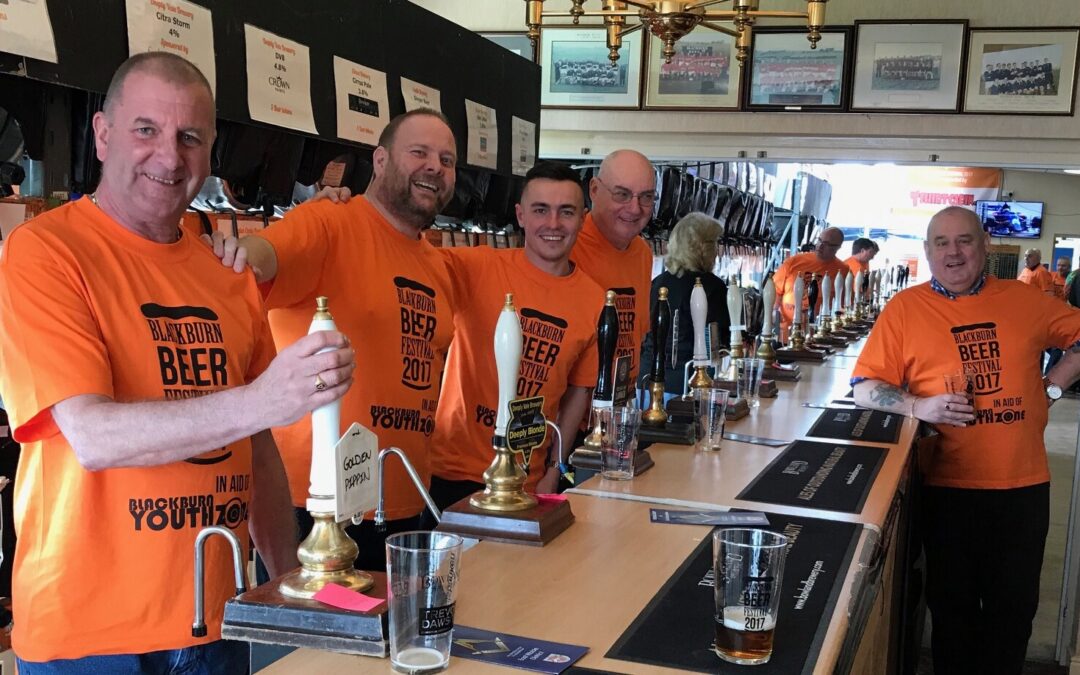 On Bank Holiday Sunday afternoon the 30th April, a group of twelve Freemasons from a variety of Lodges across the District assembled at Blackburn Rugby Union Football Club to pull pints behind the bar at the annual three day beer festival. A successful Grant application to the ELMC meant that £1200 was donated towards the work of Blackburn Youth Zone and saw the ELMC logo placed on the festival glass and embroidered on the bar staff shirts. The printed programme also featured a full page outlining the work of the ELMC, during the session leaflets were left on the bar for potentially interested gentlemen to take away with them.
The day began with a briefing at 11.30am followed by the serving of beers and ciders to the many discerning customers sampling over 70 beers from a variety of brewers across the country. The volunteers were kept busy throughout the afternoon, especially after the completion of the rugby games when everyone retired to the bar. The shift concluded at 6.00pm with lots of aching arms from hand pulling beer and a few developing headaches from the sampling!