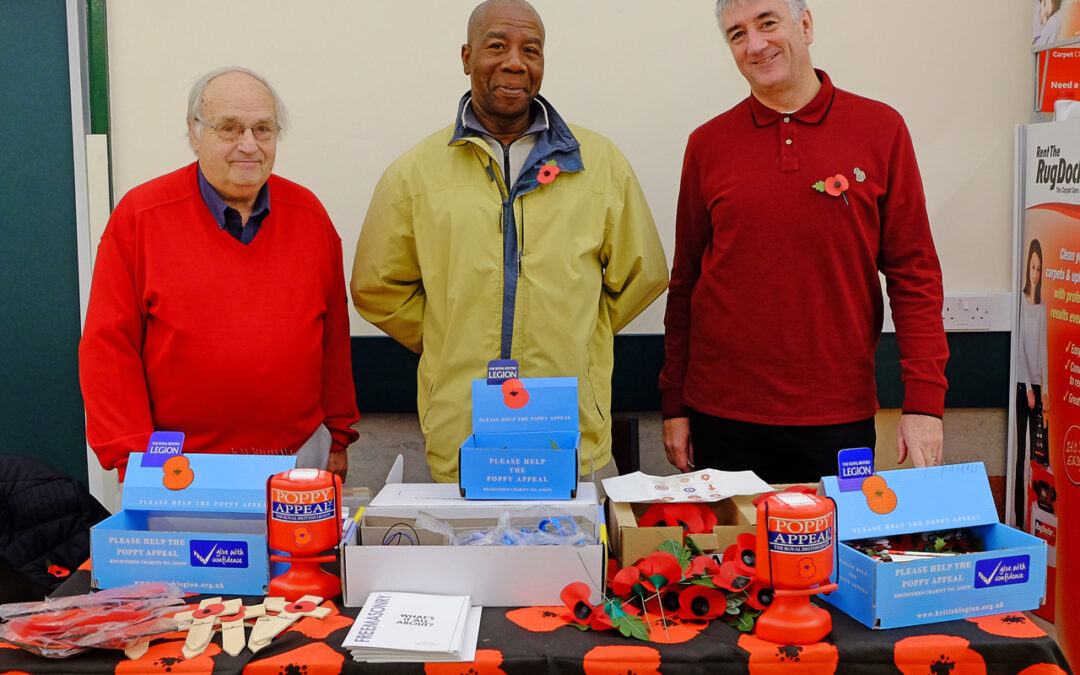 Poppy Appeal 2016
Tina Pringle, the British Legion’s Community Fundraiser for Greater Manchester, has confirmed that Freemasons in the Rochdale District raised an amazing total of £5,276.87 during the Poppy Appeal at Morrisons Supermarket in Kingsway.
Tina regards the sum raised as “an amazing amount” and has asked for “a huge thank you to be given to all involved who made it happen”.
WBro Peter Rhodes, Rochdale District Chairman, adds his sincere thanks to WBro Bernard Percy and the team of volunteers who gave up their time to put the necessary arrangements in hand and man the stall for the duration of the appeal. Not only did they support a very worthy cause but they also promoted Freemasonry in the Town by letting the public at large see at first hand the good work we do both within the community and to support local and national charities.