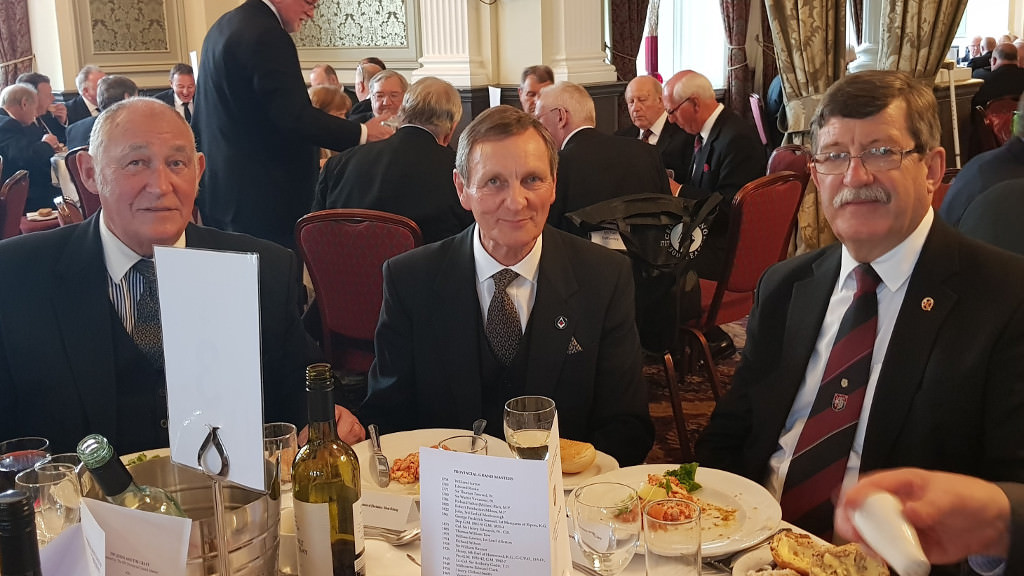 One of the Duties (benefits) of being a Ruler in East Lancashire is enjoying the invitations to the Annual Provincial Meetings of our neighbouring Provinces. This week has been excellent. On Tuesday our Provincial Grand Master, Sir David Trippier, accompanied by APGMs, Chad Northcott, Chris Welton and John Farrington, attended the Provincial meeting of Yorkshire West Riding in Harrogate. Also present was another East Lancashire Freemason, who also has a foot in Yorkshire, James Newman, OBE, Deputy President and Chairman of the Masonic Charitable Foundation.
David Pratt, the PGM of Yorkshire West Riding, was effusive in his address to his ‘beloved’ brethren, and promised them that 2018 was going to be their Best Year Ever – a sentiment probably felt across the constitution following the success of the 2017 Tercentenary Year.