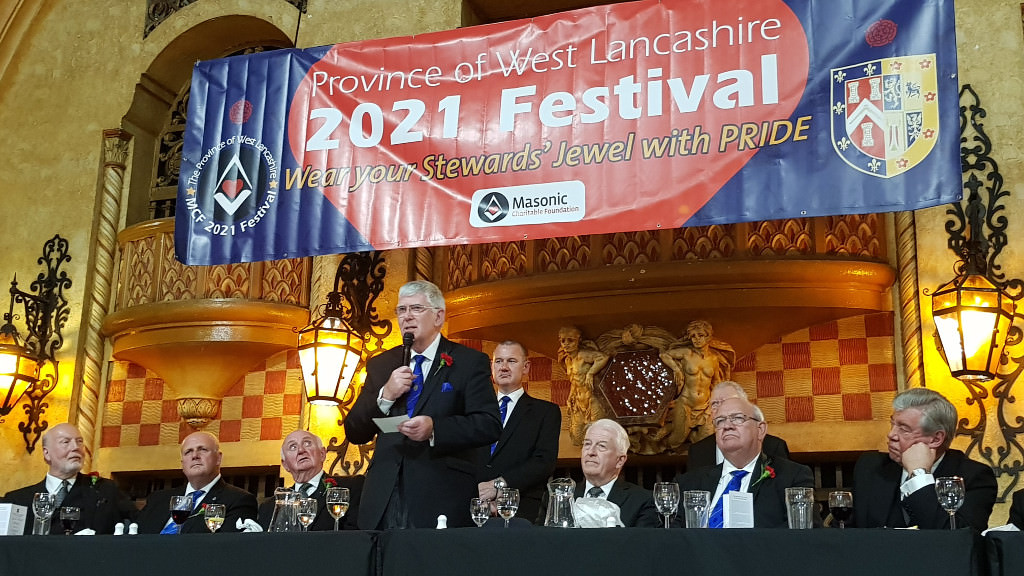 On Wednesday, Sir David Trippier, accompanied by APGMs, Chad Northcott and John Griffin, thoroughly enjoyed the Provincial meeting of our Sister Province, West Lancashire, and the Investiture of almost 350 brethren appointed, re-appointed or promoted to various Offices and Ranks in their Province, for services to the Province now and in the future. West Lancashire is currently in Festival – raising funds for the Masonic Charitable Foundation, between now and 2021.
Following the meeting, the banquet at the Winter Gardens in Blackpool was exceptional, with brethren seated in 3 adjoining rooms! These meetings really allow us to cement our relationships with neighbouring Provinces and share good practice for the benefit of Freemasonry generally.