The benefit of being a Friend of the ELMC 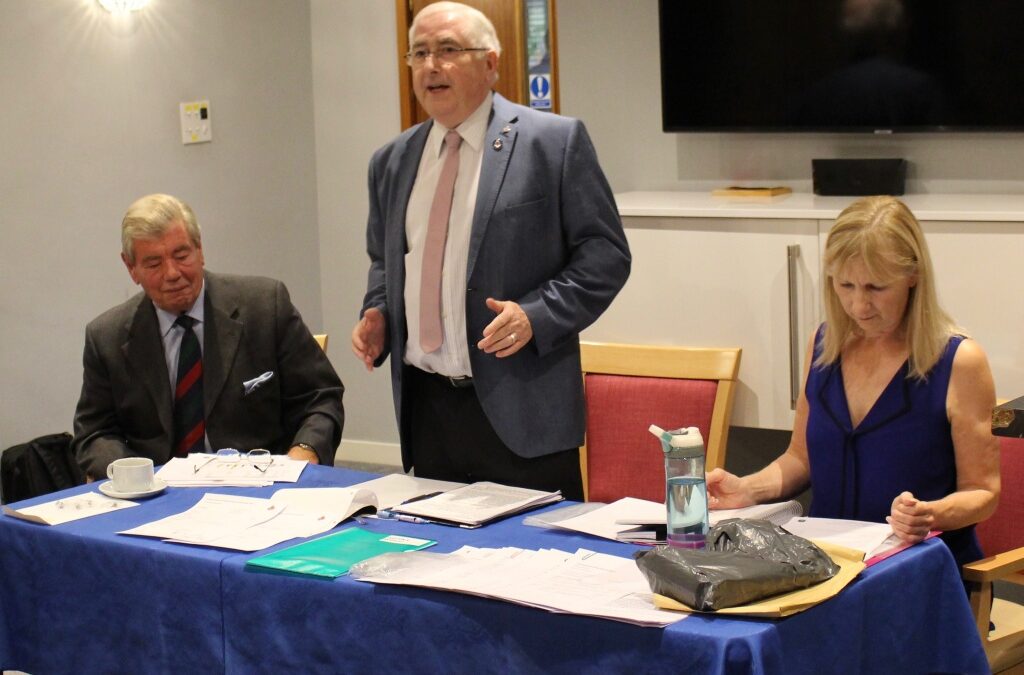 Every brother is well aware of the benefit to the East Lancashire Masonic Charity of becoming a Friend of the charity and contributing a minimum of £60 per year.
I can also guarantee that not many Brethren are aware that as individuals, they to can also benefit from becoming a Friend of the ELMC.
Three times in each year, at the AGM in September, at Christmas and in the Spring, a draw is made and every Friend of the ELMC is included in the draw.  The person whose name is picked out, is given a cheque for £100
The most recent winner was Mark Reader, who is the District Charity Steward for the Audenshaw District.
Mark was at a meeting of District Charity Stewards on 30th September at Hewlett Court when Sir David Trippier was on hand to present him with his winnings.
Our photo shows Mark receiving the cheque from the Provincial Grand Master with the Provincial Charity Steward, Steve Clark, looking on.

Report and pictures
By Craig Hindle