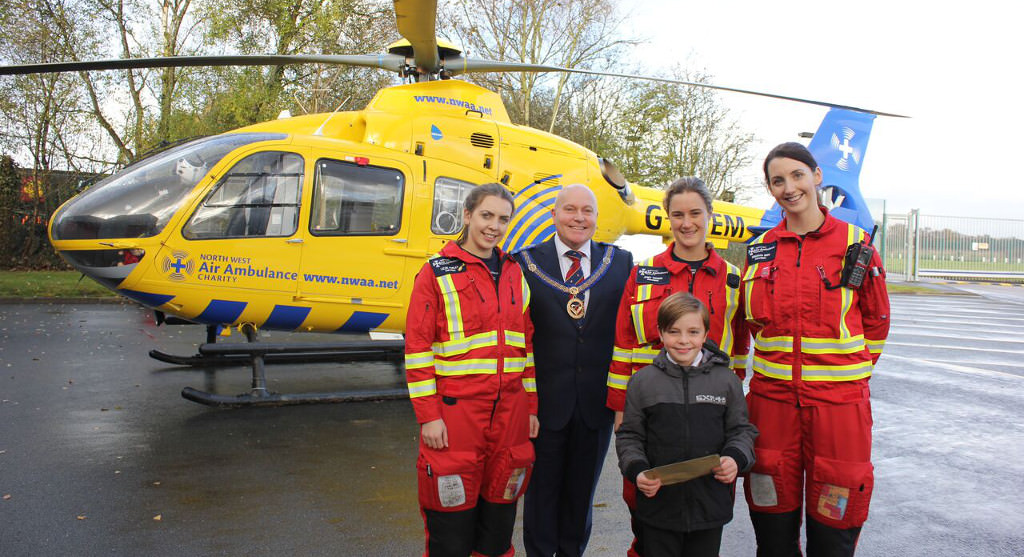 Each year for the past decade the Freemasons’ Grand Charity, now part of the Masonic Charitable Foundation, makes donations of £12,000 to the North West Air Ambulance Charity (£4000 each through the Provinces of East Lancashire, West Lancashire and Cheshire). The presentation was made by WBro ChadNorthcott, APGM and Chairman of the ELMC, but this year his nine year old son Camden went along to assist.
Father and son presented the MCF cheque to paramedics Lizzie Morley, Janet Towers and Deborah Rigg, after which the crew showed Camden round the helicopter and gave him some hands-on training in emergency medical care.

The Masonic Charitable Foundation proudly publicises that ‘We have regularly supported air ambulance and rescue service charities, donating a total of around £1.5 million to 22 rescue services since 2007. Every air ambulance charity in England and Wales has received funding, and grants are made to equivalent services in areas where they do not operate.’