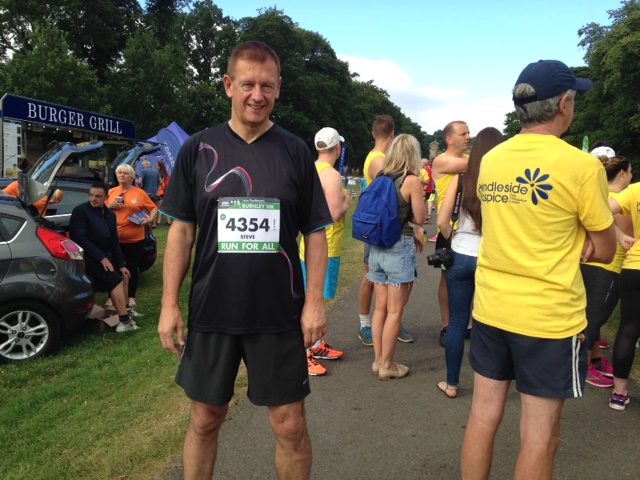 I had run the Manchester 10k three times previously but the last time was 8 years ago.
To keep fit, I had started running again in February, building up to 10k most weekends.
Seeing the Burnley run advertised, I registered to give me the incentive to continue running and also the opportunity to raise money for a local charity.  I chose Pendleside Hospice and raised £145 in total.
I set myself a target of running the 10k in under an hour.  The morning of the run was very hot and humid, and the route was gruelling to say the least, with lots of inclines. I think it was harder than Manchester’s route or maybe being older takes its toll.
Anyway, I completed the run in 59 mins and 50 secs.  But, to put it in perspective the winner did it in 32 minutes!
Would I do it again? Yes!  The atmosphere, encouragement and support whilst running was fabulous.

After, pictured with his medal